New this week in comic shops, MYSTERIOUS STRANGERS #4.  The conclusion to our second story arc, with the Strangers battling THE SCARABS!

We could use your support on this book, ComicBookDom!  I really want to keep making this series, but we need some serious support from a few more Retailers and Fans.  If you're waiting on the TPB, rad, very cool, but maybe pick-up an issue or two and pass them along to someone who may like the our 60s Supernatural SpyFi.  Share!  SHARE! 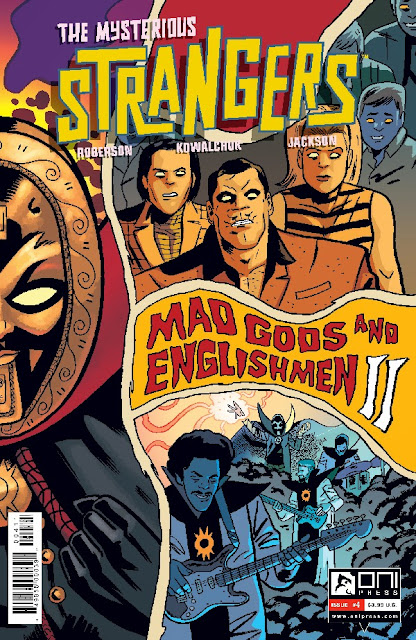 The Strangers have traveled halfway around the world to stop Verity's favorite band from bringing about the end of the world. But despite the team's best efforts, The Scarabs have made it to the stage... If this mystical quartet makes it to their encore, the curtain will fall for Earth as we know it!

Posted by Scott Kowalchuk at 6:15 PM No comments:

I've been pretty tight lipped on this one for a while know (except those close to me who have heard me talk about it constantly).  Soon to be released from ONI PRESS my OGN with writers Chris Sims and Chad Bowers DOWN! SET! FIGHT!

I'm a pretty humble guy, but this book is something special.  Us regular-comic-book-reading-Joes will love it, I mean, who doesn't want to punch a mascot?!  But I think there is tonnes of appeal to non-comic book folk.  NFL fans especially.  If you're looking for a gift for Dad, trust me, this one really fits the bill!

I'm going to be talking about this book A LOT in the coming months (with the actual cover coming soon, and teaser images).  I'd love fans and comicbookdom to get on board and help get our action-packed series in local shops.  Seriously, friends, I LOVE this book, you will too. 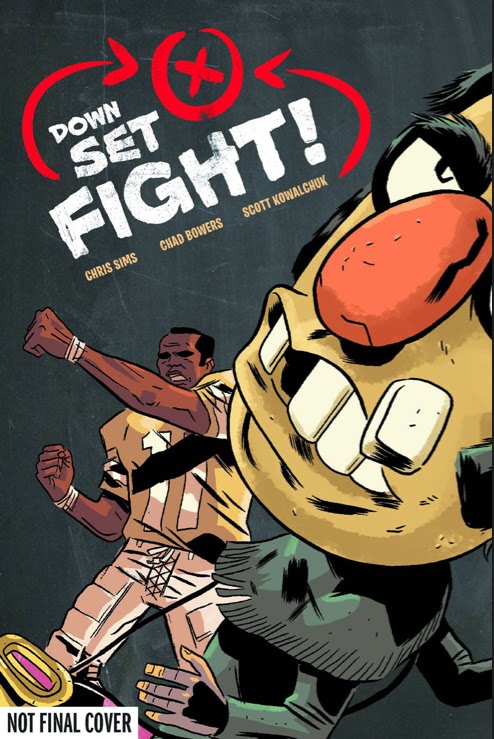 One man versus every mascot in professional sports. They will all be punched. It's kick-off time for this year's most action-packed and hilarious comic!

"Fearless" Chuck Fairlane was football's fastest rising star, but his career came to a screeching halt when he was expelled from the league affter goin' HAM and causing the giggest brawl in the history of sports. Years later, Chuck has found peace as a high school football coach, until costumed mascots begin attacking him for seemingly no reason. Before long, Chuck's going to discover that you can't run away from the past -- but you can punch it square in the face!

Posted by Scott Kowalchuk at 4:05 PM No comments: