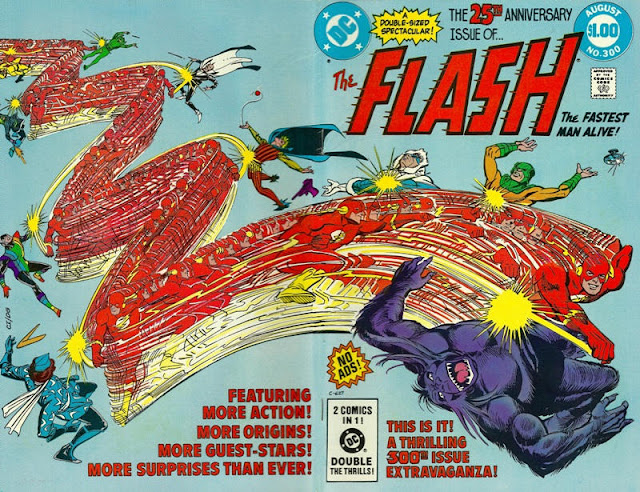 Just found out comic book legend Carmine Infantino passed away.  Really struck me as, more than anyone, Infantino's work was what ignited my passion for comic books when I was little.  Carmine was the co-creator of the Silver Age FLASH, Barry Allen.  I was born in the 80s, so my first experience with the character was when Carmine revisited the hero with writer Cary Bates around issue #300 (I got into after the run had already ended, take it easy, I was a kid!).  Their run on the series lasted until #350 and the end of Barry Allen's adventures.  I was never a kid that bought weekly comics, rather I would roam through the stacks and buy previously released books.  My Pops would take me to a local book trader TRAMPS, and it was here I fell in love with Carmine and Cary Bates work on the FLASH.  I bought all the issues and was completely immersed in the world they created around the Scarlett Speedster.

Cary and Carmine kept the world of the Flash fun, light-hearted, and even had Barry face threats from villains that didn't involve mass-murder, sometimes just grand larceny.  It was a terrific series, that really utilized the best aspects of the super hero genre, and made me fall head over heels for comics in general.

Carmine's funny compositions, creative character designs, and imaginative 'speed-lines' were my first real memory of trying to understand how comics were drawn.  I would pour over the issues again and again looking at how he layed out pages, introduced characters, and made marks.  Little did I know his work would become a cornerstone for me and light a fire that led me to become a comic book artist myself.

As years passed I eventually became inspired by other artists work and followed their aesthetic more closely, but it was Carmine's imagination that drew me into this world of funny books, and it is something I will be eternally grateful for. 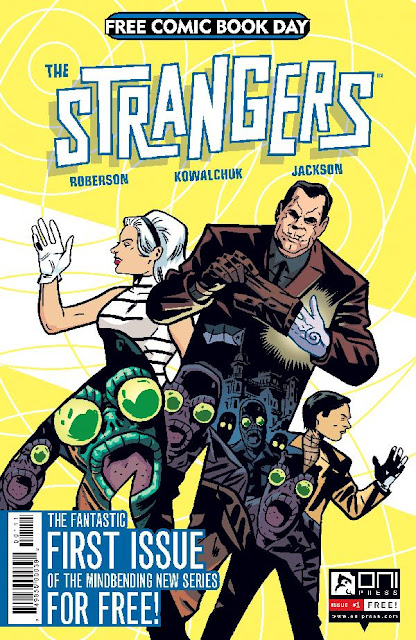 So we had a mix-up with Comixology on Free Comic Book Day and issue #1 of Chris Roberson's and my new Oni Press series THE MYSTERIOUS STRANGERS -- it was never released.  But don't fret.  Available as of today on Comixology is the FCBD  version of #1!  Please enjoy the link and an Oni Press sponsored FCBD 2.0!