This is where I find myself: Living the dream, baby!  As a munchkin there were few things I loved more in life than curling up and watching the Adam West BATMAN TV Show.  I mean, sure, that led well into my late 20s, but thats another story.  1966's Batman inspired my entire illustration aesthetic, as my school-chums and instructors can attest to.  I always wondered "...how can I include Adam West or Batman in this assignment?" -- and in many cases I triumphed!  Hazzuh!

But, as time passed I realized I couldn't just draw '66 Batman, mostly because there was no book or series being published focusing on it.  Well, thanks to the fine folks at DC Comics that book now does exist.  And with a wink-and-nod to Jeff Parker and Jim Chadwick I find myself fulfilling the dream of my munchkin-self and drawing the Adam West Batman.  Professionally.  I know, pretty great, right?

I've been a quite a journey, and I still find it unbelievable working on something I so longed to do.  But here I am.

So, I decided to dive in and show you folks some of the Bat 66 work I've assembled over the years in chasing my dream: 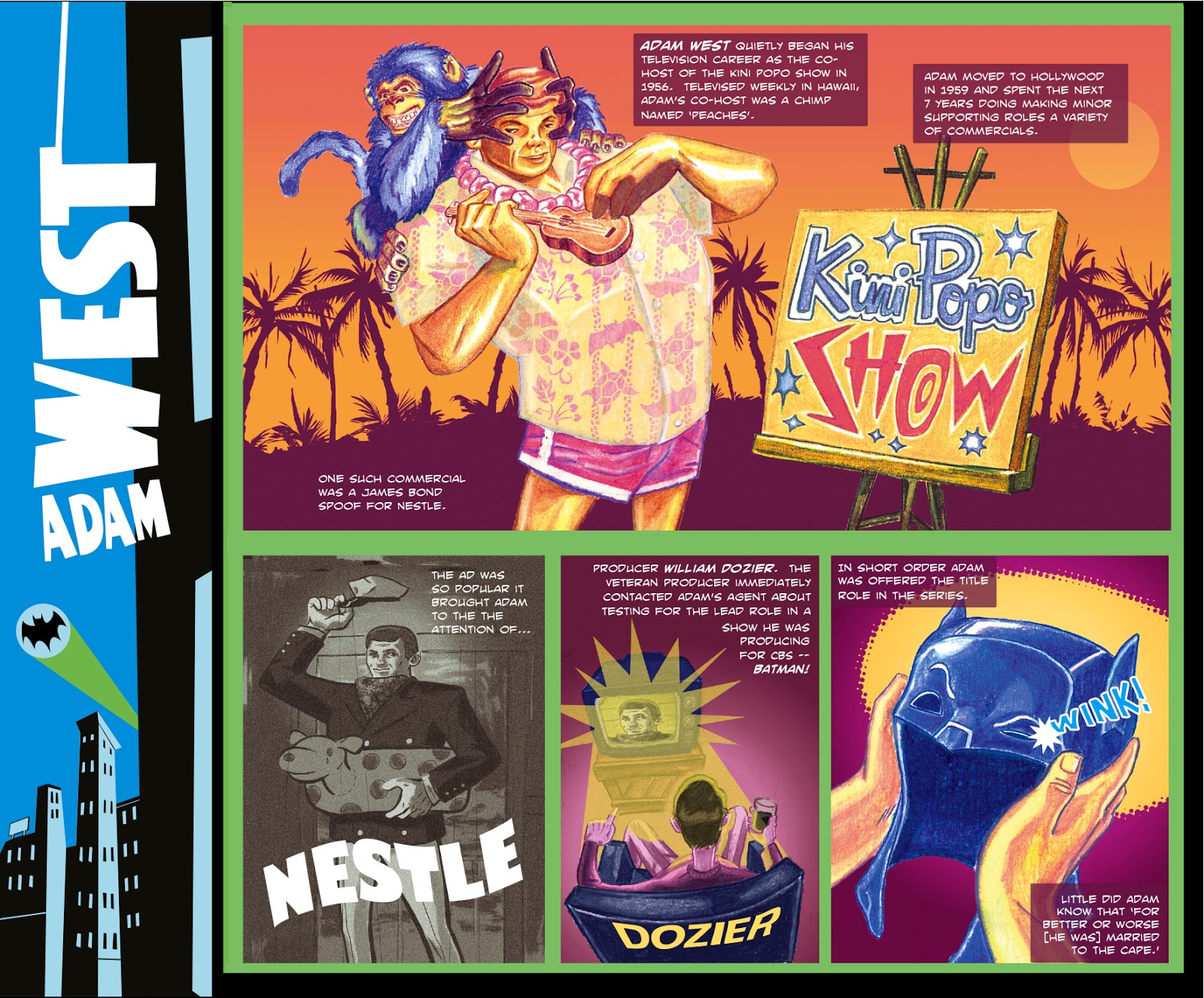 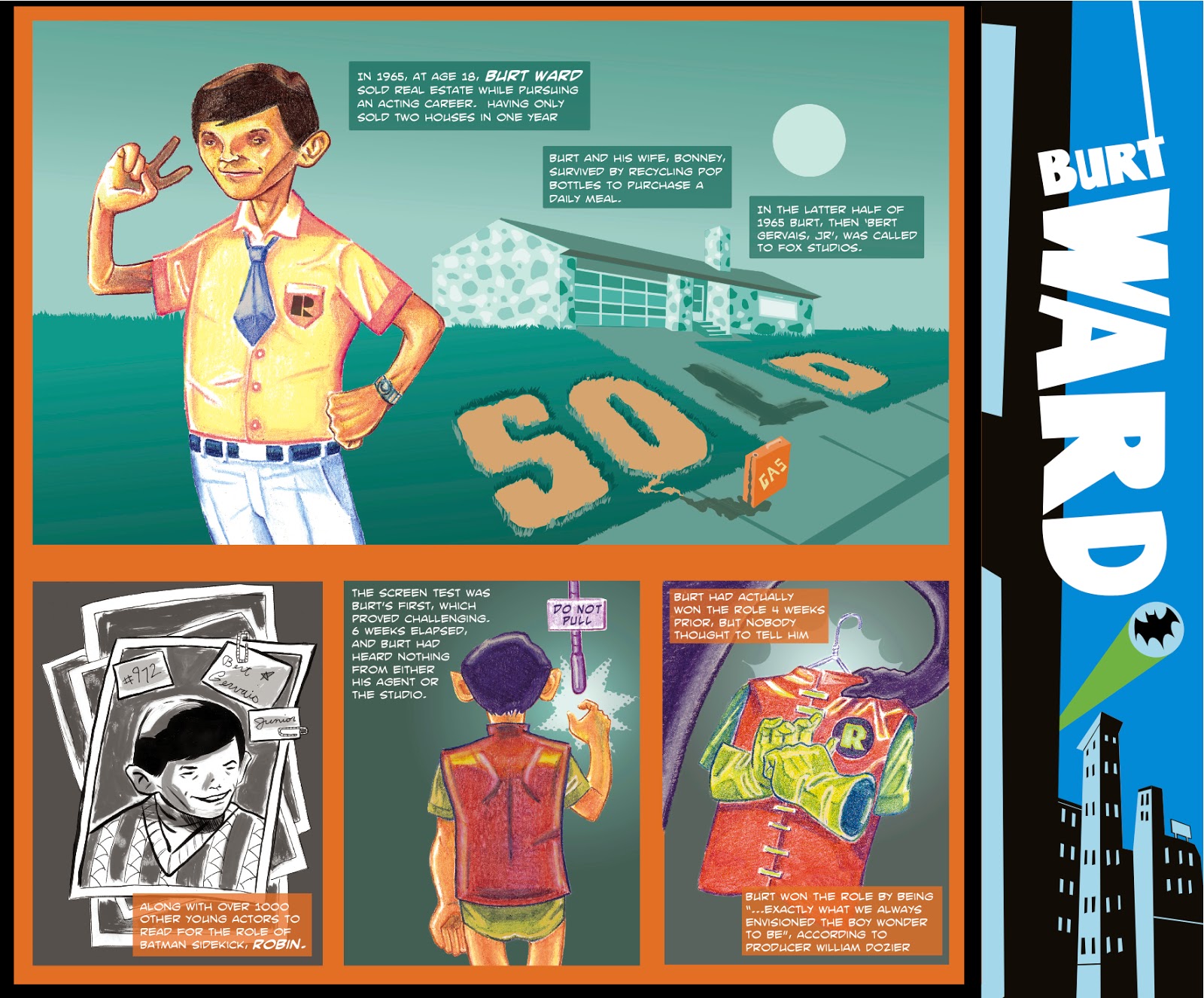 In my fourth year of study at the Alberta College of Art and Design I had the idea for a drawn history of the making of the Batman TV Show.  c2008 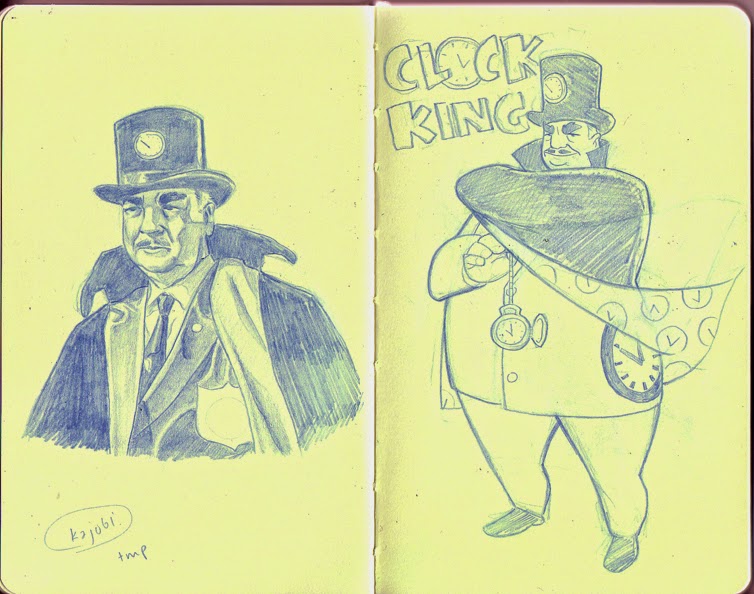 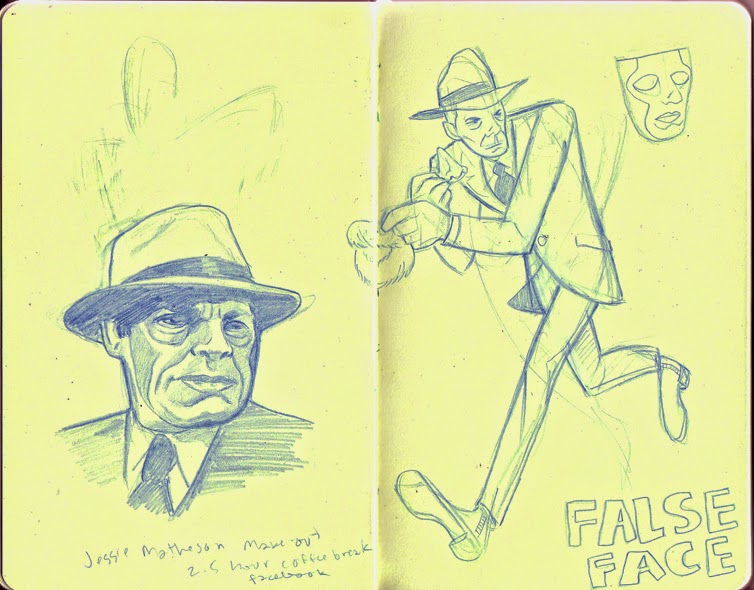 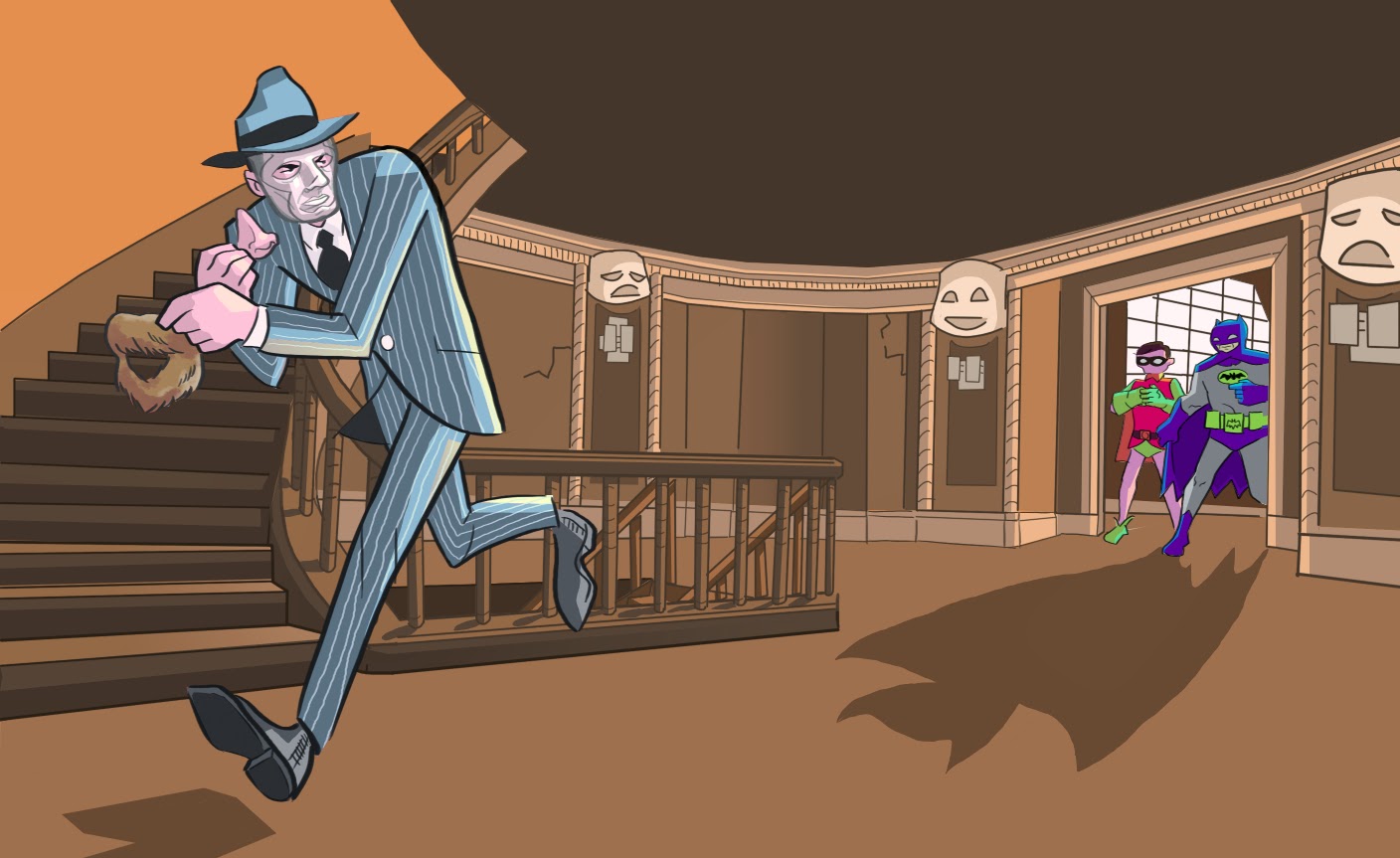 Then I had an idea to do an animated version of the show. c2009 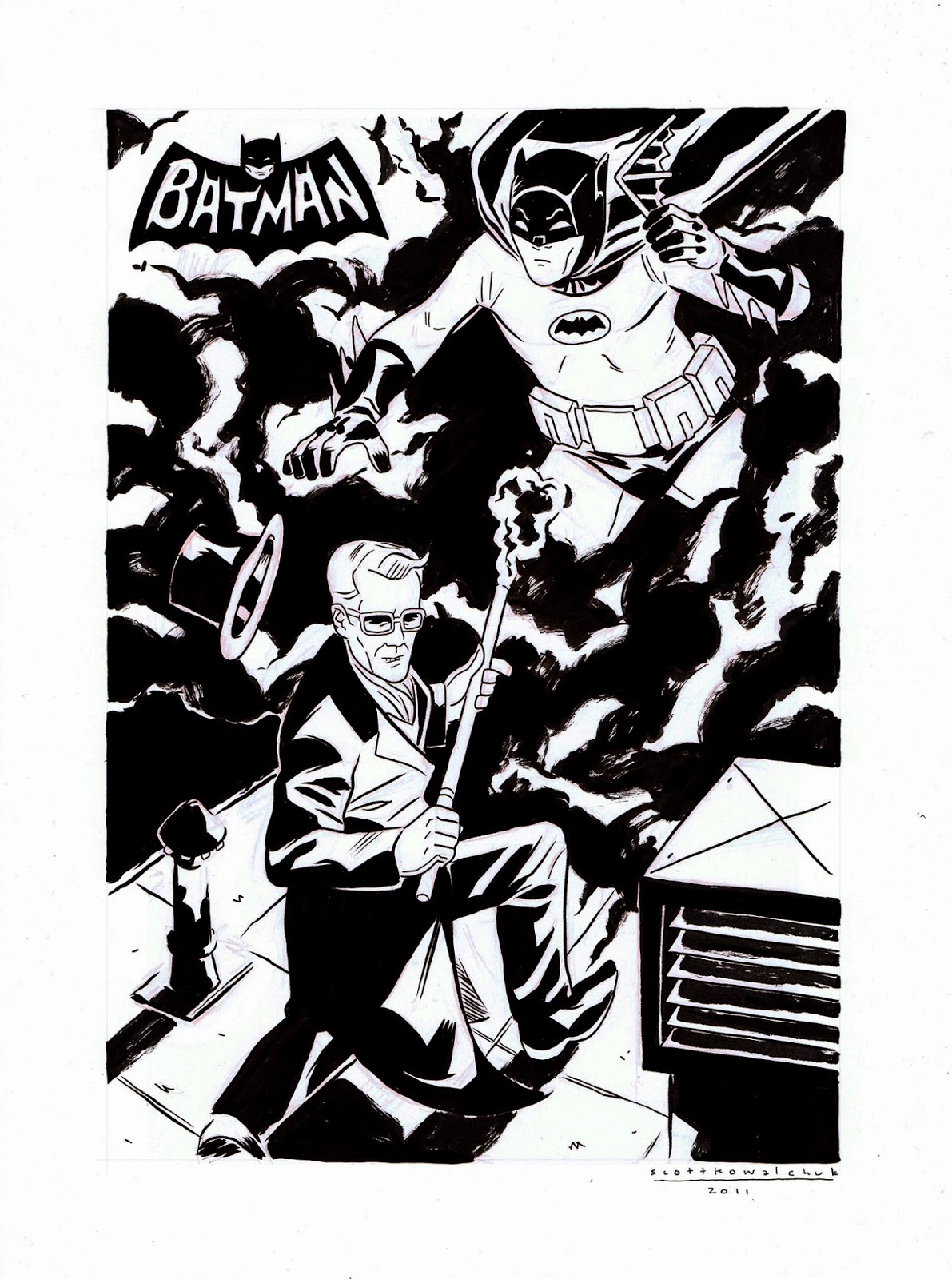 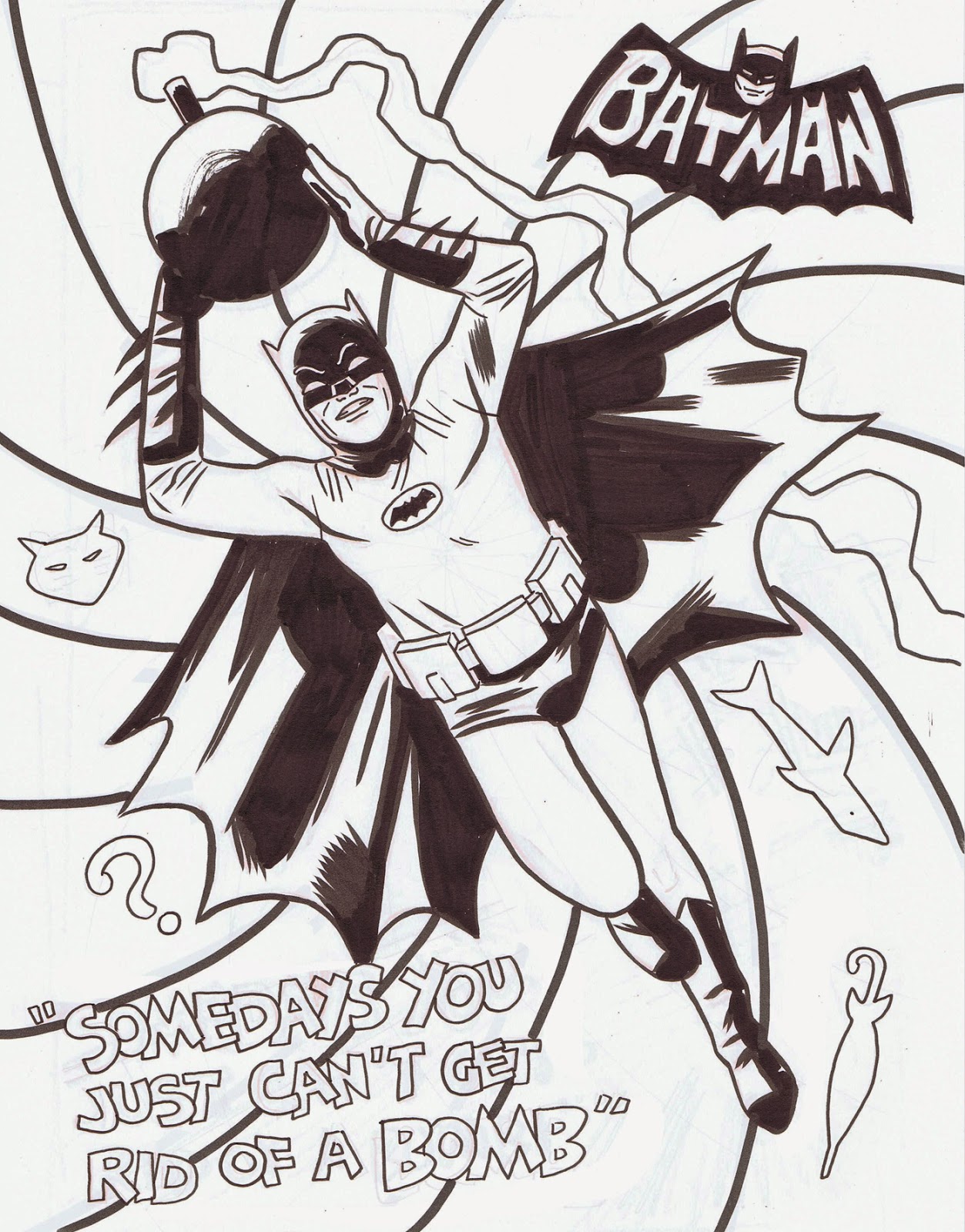 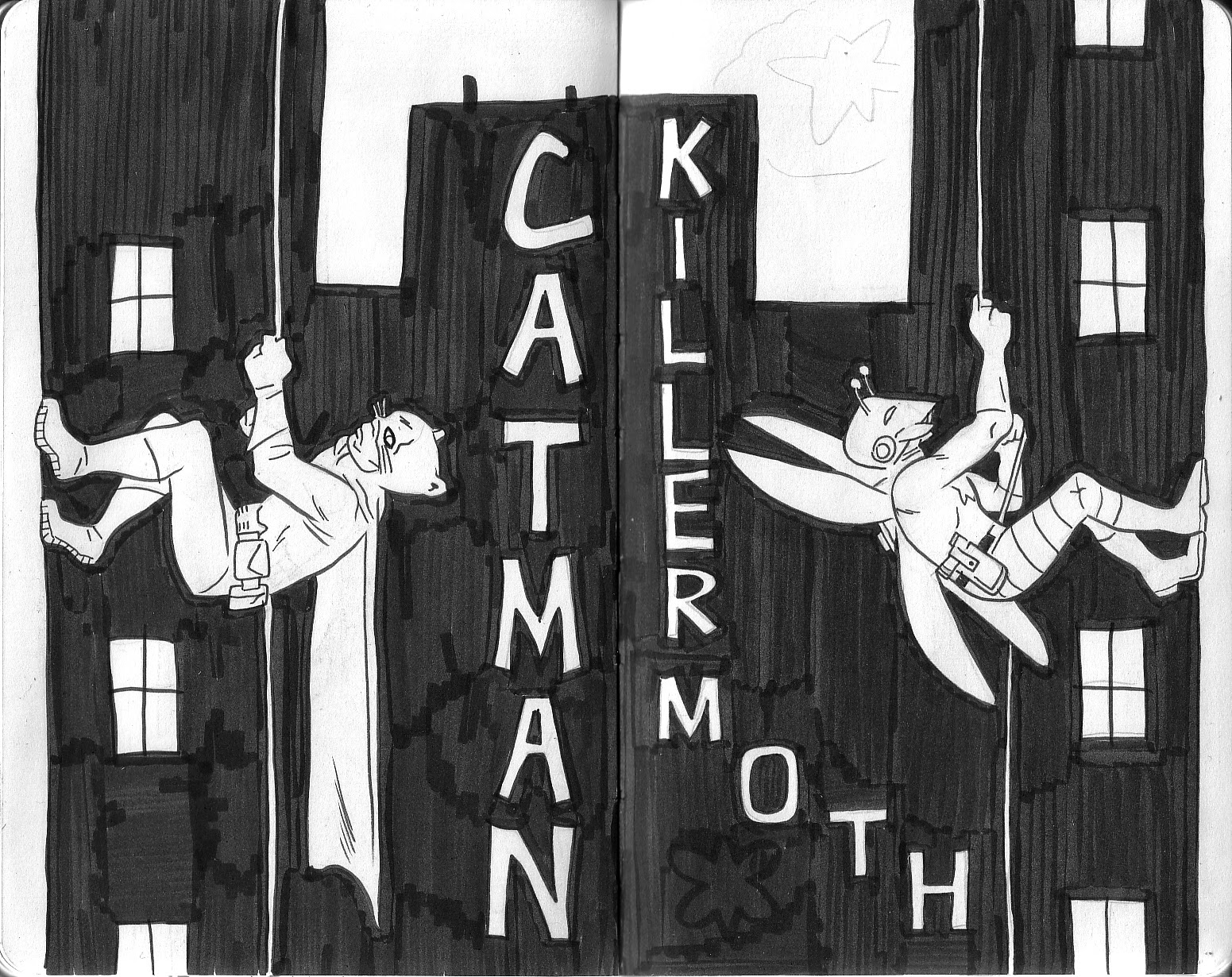 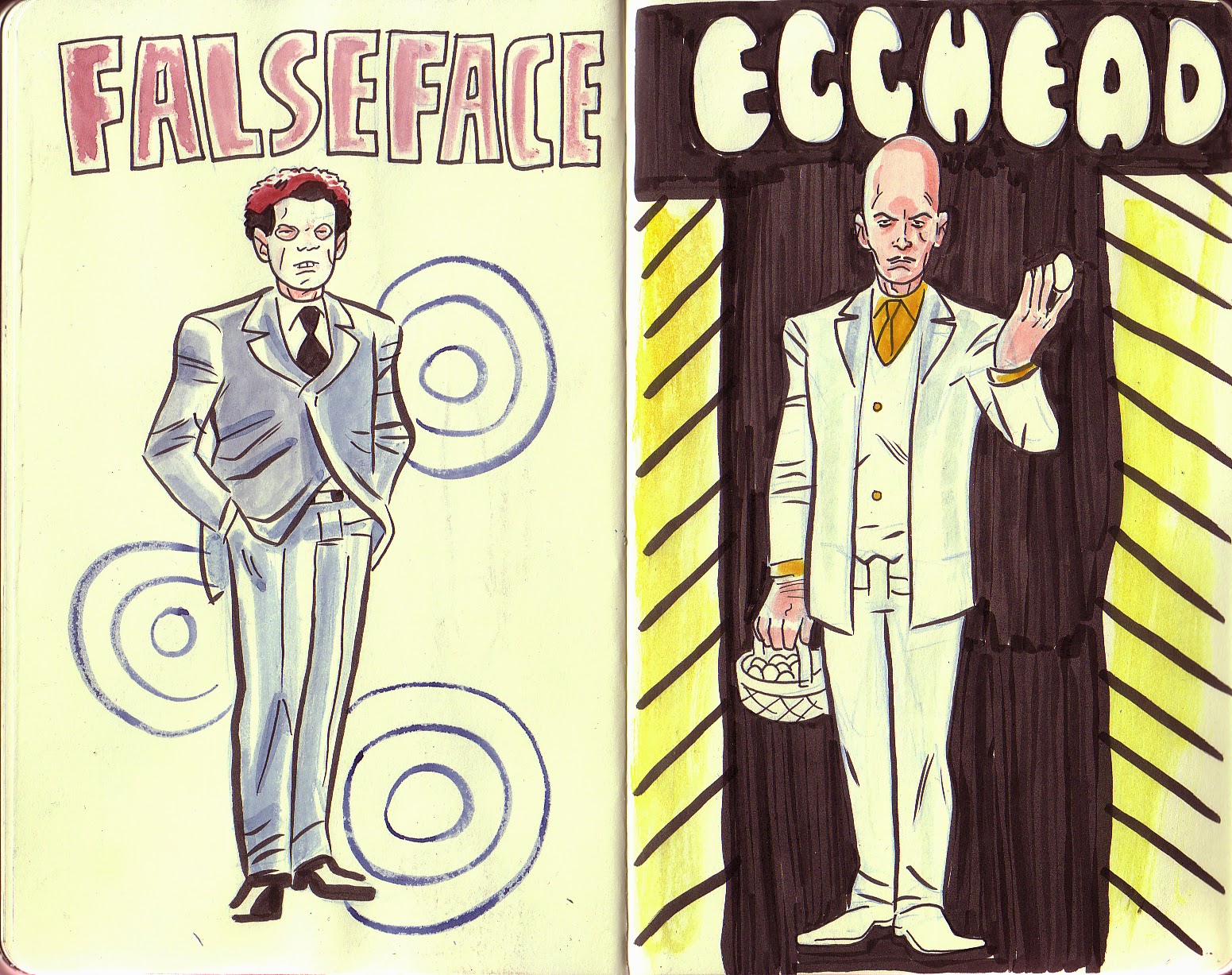 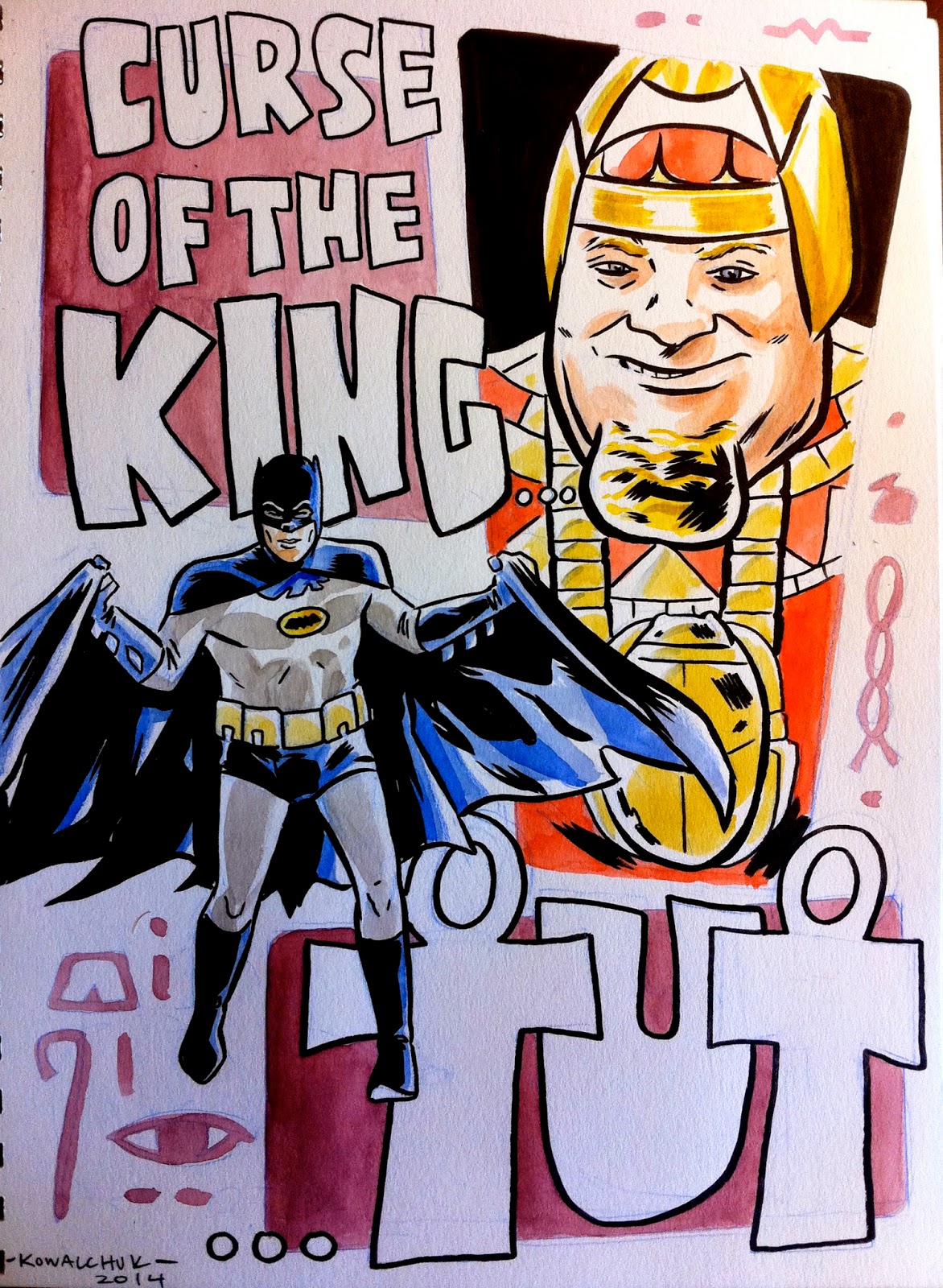 Then college ended, and I started drawing comic books professionally.  Occasionally folks would ask for a Batman commission...well, there was only ever one Batman important enough to me to draw.  So, anytime anyone asked they got Adam West Batman.  That's how I roll, baby!  c2010-2013 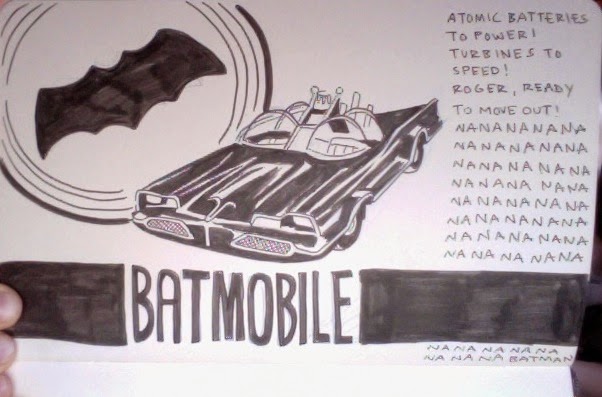 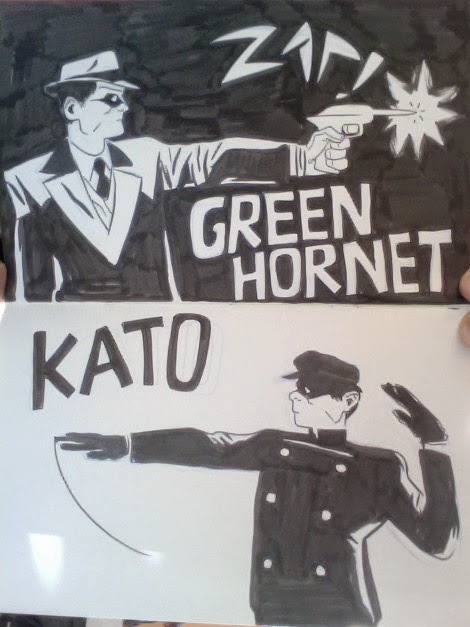 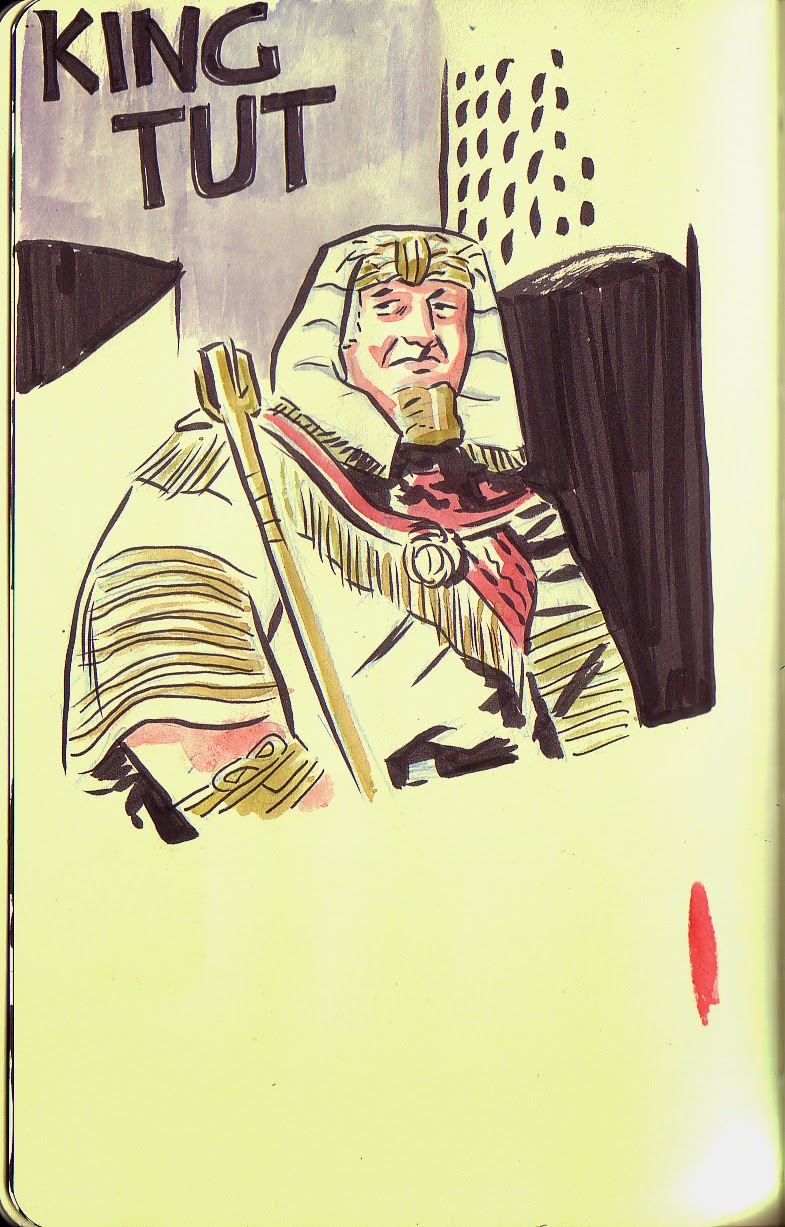 Then any extra time I found for working in my sketchbook...yup, mostly just turned into a stroll down Bat-Lane. c2010-2011

And that brings me to now!  A deeply trusted friend & colleague mentioned to Jeff Parker BATMAN '66 was my dream job, which got Jeff and I talking.  Amazing, right?  Obviously I had to provide some test-work to ensure I could recreate actors likenesses...well, can I really call this work? 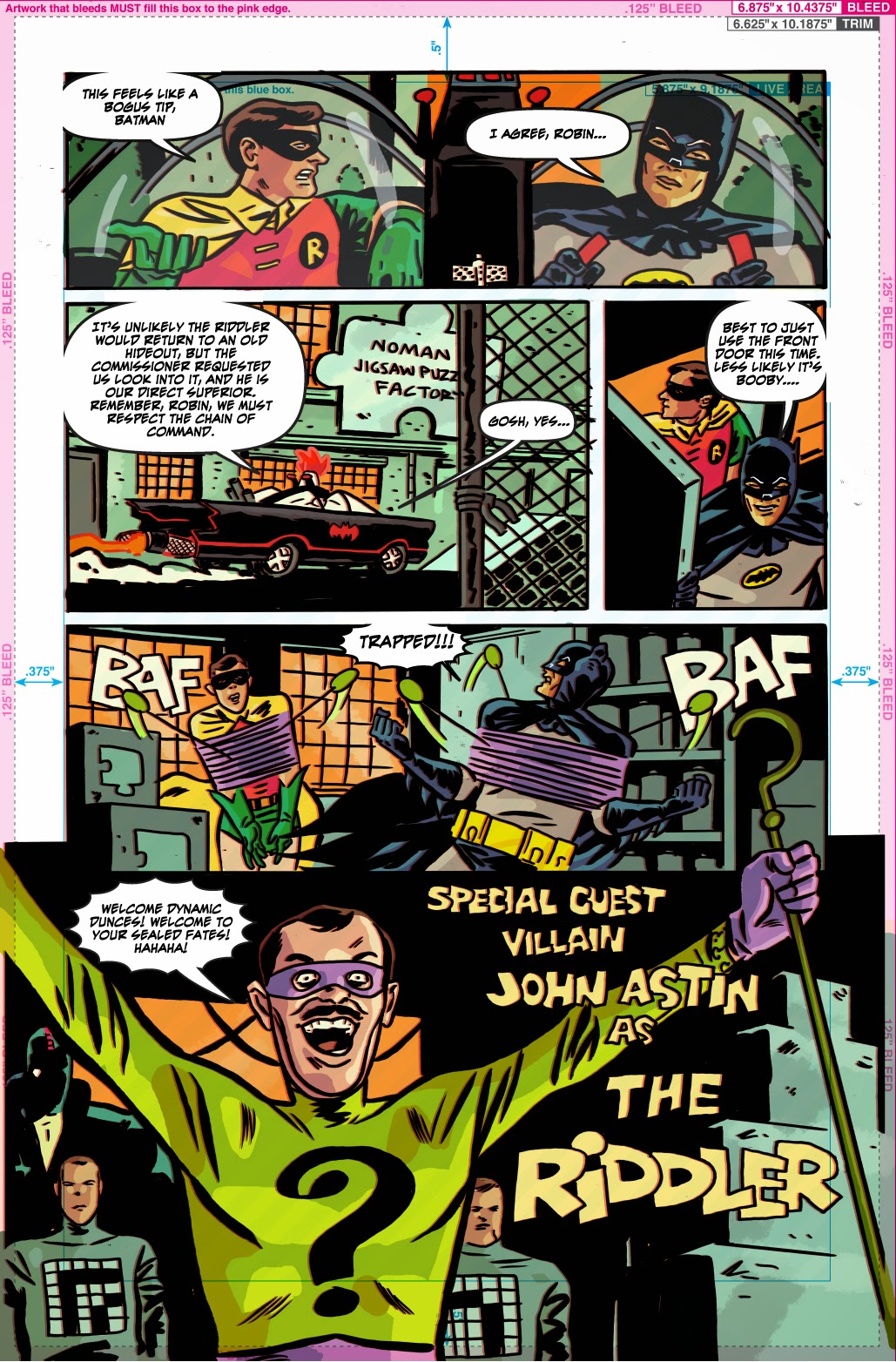 I always loved John Astin's RIDDLER! And while he doesn't appear in the series, he does in this test work I sent to Jeff,  Jim Chadwick and Aniz Ansari.

So, that's a snapshot, dear friends and neighbours, of my dream to draw Batman.  I'm so thankful to be here and having been able to experience this!

Keep your eyes opened for the digital version being released through Comixology soon, and the print issue available November 26, 2014 (the same month the TV Series is released on DVD and Blu-Ray!).

Keep an eye trained for this cover (from the entirely too talented Mike & Laura Allred!  The bestest people in comics!).  Yeah, I got to draw and colour King Tut, my fave villain from the show! 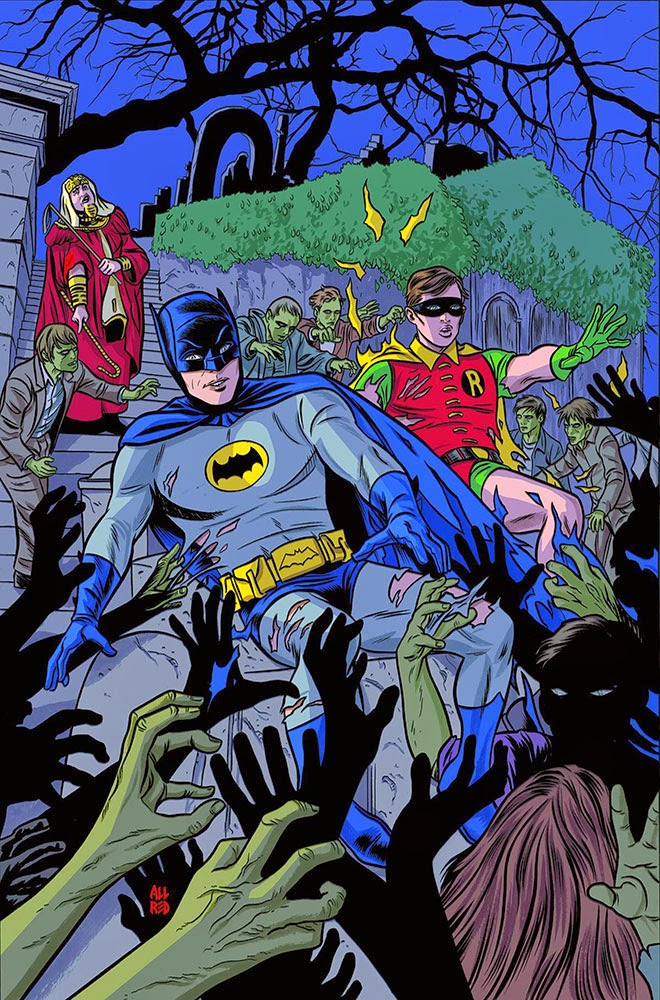 Thanks all, what a ride this has been!

Posted by Scott Kowalchuk at 1:34 PM No comments: