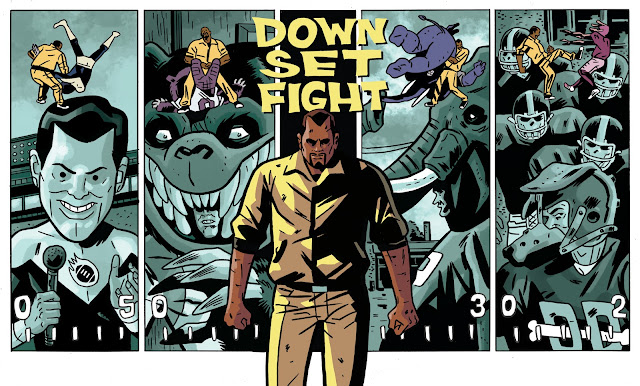 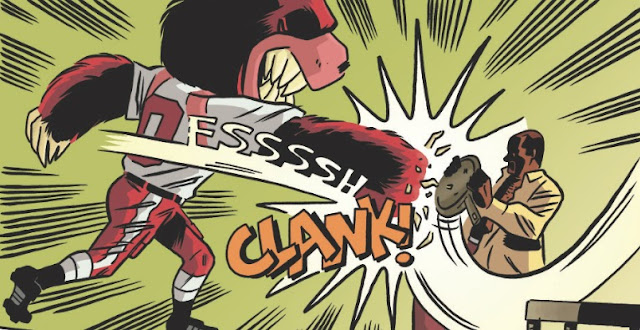 My latest book, with publisher ONI PRESS, was announced this weekend at the New York Comic Con!  It's a terrific read, written by the almost equally terrific Chris Sims and Chad Bowers.  Below the Press Release as well as some links (including EIC James Lucas Jones vision for the NEW ONIPRESS.COM -- I'm really excited to be part of this):

"In DOWN SET FIGHT, "Fearless" Chuck Fairlane was one of the fastest rising stars in professional football, but his career came to a screeching halt when he was expelled from game after causing the biggest team-on-team brawl in the history of sports. Today, Chuck's a teacher and football coach at Darius Rucker High School in Columbia, South Carolina, and is more than content in his new life. But when costumed mascots begin attacking him for seemingly no reason, Chuck soon discovers that even though he’s put the past behind him, it’s not always so easy to move on." 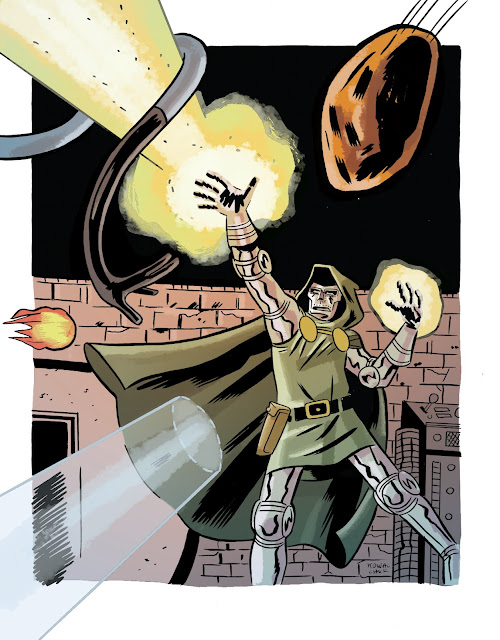 Playing around with an old commission for 30 minutes before calling it a night.
Posted by Scott Kowalchuk at 10:40 PM No comments: