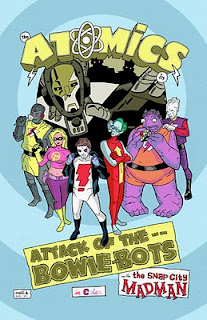 I met Mike Allred at the 2009 Calgary Comic Expo. In 2010, just after seeing him (and his lovely and talented wife, Laura) at the Seattle Comic Con, he asked me to contribute a Madman and Atomics Pin-up to a giant size special that is due to be released (tentatively) in December. This work was a real pleasure to do, as Mike and Laura have been huge influences on me since I first started this illustration trek.
Posted by Scott Kowalchuk at 9:49 AM 2 comments: 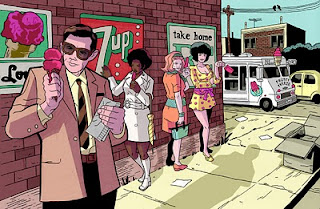 Well, the lovely Tyler and Hilary Jenkins asked me to contribute a cover to Vehicle Magazine. Totally open-ended illustrations like this can be extremely challenging. So, I put together the wrap around cover seen above.
Posted by Scott Kowalchuk at 6:41 AM 2 comments: 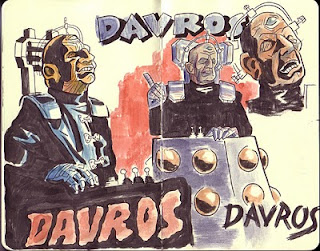 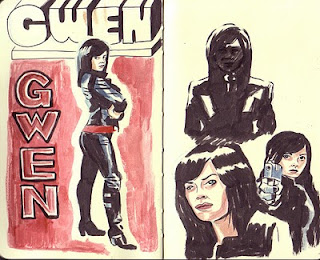 More drawing just to stay active. I don't like these sketchbook pages as much as the last, but that's life, man.
Posted by Scott Kowalchuk at 9:34 PM No comments: 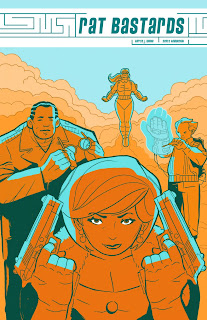 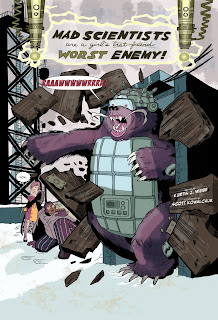 Okay, so I figure it's time to show a little glimpse of the project I have been working on with writer, Kurtis Wiebe. We call it the 'Rat Bastards'. During the Emerald City Comic Con, in Seattle, we passed out several proposal books to publishers and other creators. I've received a lot of very positive feedback on this work from other illustrators like Mike Allred and Gilbert Hernandez, and several top comic book publishers. Kurtis and I are both waiting in anticipation for someone to pick this series up. I've posted the cover and one interior.
Posted by Scott Kowalchuk at 8:15 AM 2 comments: 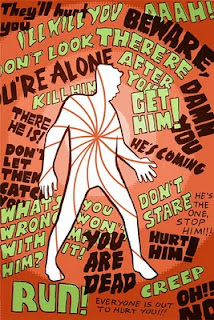 An illustration I did for my pal, Kyle Van Der Velden, for a social work project he has been working on. I'm not sure I dig the overall composition, but regardless...
Posted by Scott Kowalchuk at 12:25 PM No comments: 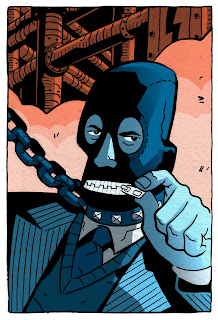 Alright, the first new illustration of April. This illustration accompanies an article written by Trevor Scott Howell. As it turns out, gimp masks are fun to draw. Maybe I'll make a career of that. Maybe. You can find the article here:

http://www.ffwdweekly.com/article/news-views/news/albertas-watchdog-should-be-leashed-says-report-5439/
Posted by Scott Kowalchuk at 8:18 AM No comments: